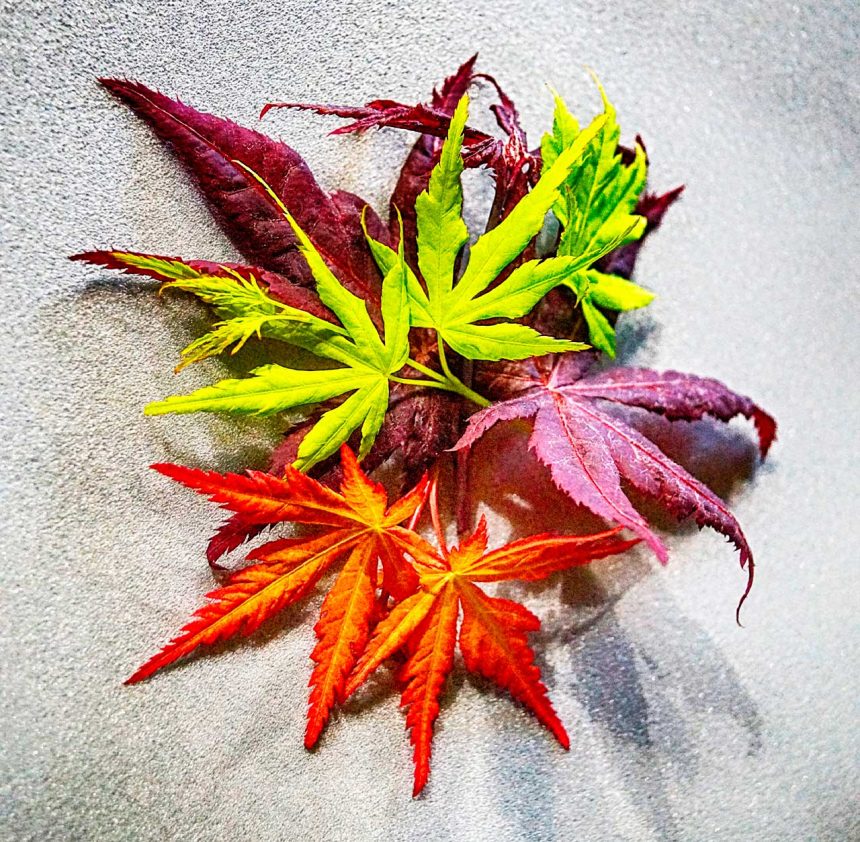 To begin with, we will tell you the story of a beautiful encounter, because this project is also and above all a story of life! If you know us, you know we are three passionate people ! So … how did we meet Mr. Guy Maillot?

Mehdi, beekeeper and permaculturist in his spare time, in love with nature and the environment, decides to make a garden. Over time, he realizes that, depending on the websites, the information he finds about the plants is completely contradictory. He then looks at Japanese gardens and the philosophy behind Zen gardens.

Undoubtedly, when we speak of Japanese maples and Japanese garden, we are forced to come across the world of Guy Maillot and his mind-blowing quantity of different varieties, listed on his website as a library.

Mehdi and Lucie decided to meet this famous Monsieur Maillot. And he fascinated us with his unparalleled knowledge of Japan. He is fluent in Japanese, has lived there, and has been going back regularly for 30 years.

This is where we realized that the subject of the Japanese garden and maples of Japan are very little treated and quite unknown, both on the web as in video or written sources. The subject is so vast and so fascinating at the same time, but so little exploited …!

Story of a beautiful encounter with Mr. Guy Maillot

After much discussion with him, Guy tells us that he regrets the little real information that can be found on the internet about maples of Japan; but also a total lack of consistent nomenclature throughout the world, between botanical names and names of poorly translated varieties of Japanese. We had to put a little order in all that! Mehdi, who studied film, jumped at the chance to propose a documentary. We decide to bring together the most experts and the most knowledge to know everything about this tree and share it with you through this series!

And here is how this beautiful adventure began!

“A destination is never a place, but a new way of seeing things”